By Anne Bergman
Each spring, Prof. Clare Pastore and her Access to Justice Practicum students work with nonprofit advocates on issues of civil rights, poverty, disability and access. Below is Pastore’s account of some of the cases they have taken on.
Punishments for Poverty
Since 2015, at least one project each year has related to the fines and fees imposed on low-income persons who commit very minor infractions such as failing to stop at a stop sign or littering from a car. California’s fines and fees in traffic court are among the nation’s highest. Hundreds of thousands of Californians have had driver’s licenses suspended and/or collection agency action against them because of these fees. Along with many advocates around the state, we have been involved in litigation, legislative advocacy and on-the-ground research (such as traffic court observation studies) to address these issues.
Keeping Kids Safe 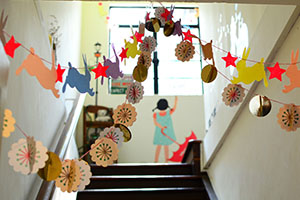 We have worked on four cases over the years with the Alliance for Children’s Rights, a Los Angeles nonprofit that represents grandparents and other foster caregivers for children who have been abused or neglected.
Fixing the System
We have also filed amicus briefs in several cases involving systemic issues of justice. These have included a brief on behalf of the nation’s leading legal ethics professors urging the Ninth Circuit to uphold sanctions against federal government lawyers who misled the Court (with Aaron Chiu and Annette Wong, both JD 2012), one in the state Court of Appeal on behalf of tenants on a complex question of rent control law (with Maya Roy and Sarah Truesdell, both JD 2008), and one in the California Supreme Court on meal and rest break requirements for low-income workers (with Daniel Ballon, JD 2009, and Jordan Kwan, JD 2010).