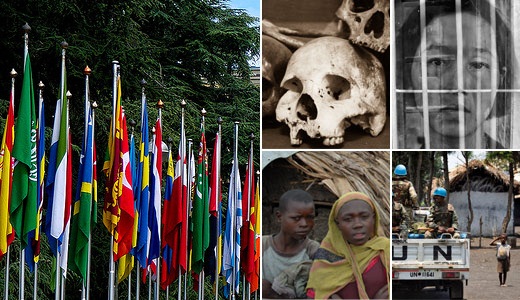 The International Human Rights Clinic gives students the opportunity to work on projects and cases, both local and international, which confront the most pressing human rights concerns of our day. Under the supervision of Clinic Director Professor Hannah Garry, students seek justice on behalf of victims, hold perpetrators of serious human rights abuses accountable and work towards progressive development of the law. Through this experience, students acquire knowledge and skills for effective international lawyering and human rights advocacy while supporting the critical work of human rights advocates and organizations worldwide.

Saks sums up advice in two words: "To listen"

The August event was titled "Turning the Tide: Utilizing the Momentum of Today to Further the Progress of Tomorrow"