The International Human Rights Clinic is alarmed by recent targeted attacks against the civilian populations of Armenia and Artsakh (Nagorno Karabakh). As has been reported by the International Committee of Red Cross and Human Rights Ombudsmen of Armenia and Artsakh and documented in photographic and video evidence, hundreds of homes and civilian infrastructures such as hospitals, schools, roads, and electricity have been destroyed. These attacks have resulted in dozens of civilian casualties, are re-traumatizing for a population previously subjected to genocide, and are grave violations of international humanitarian law.

Intervention by other States, directly or indirectly in the conflict between Azerbaijan and Armenia has intensified hostilities. The European Court of Human Rights has since granted Armenia's requests for interim measures calling on all States to refrain from actions that contribute to serious breaches of the European Convention on Human Rights, particularly the rights of civilians.

Unfortunately, the Russia-brokered humanitarian ceasefire that was agreed to by the parties on October 10 was violated minutes after it was scheduled to take effect, as covered widely by news outlets. This continued fighting has reportedly led to even more civilian casualties and has not allowed for the scheduled exchange of captives and recovery of the dead.

We join the United Nations Security Council and the OSCE Minsk Group in calling for an immediate permanent ceasefire without preconditions and a return to meaningful negotiations towards peace. We urge all parties to the conflict to uphold their obligations under international humanitarian and human rights law.

A statement from the USC Armenian Law Students Association can be found here. The USC Institute of Armenian Studies is providing regular updates on the conflict here. 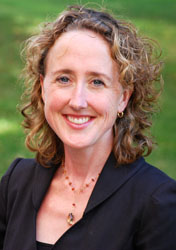