Scott Bice (JD 1968) looks back on successful career as a professor, dean and philanthropist 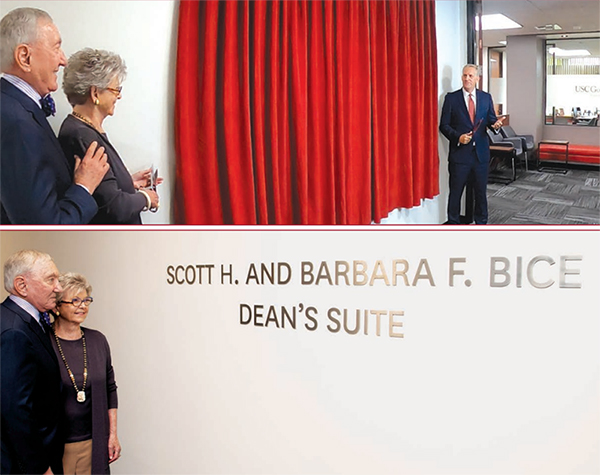 In recognition of Professor and Dean Emeritus Scott Bice’s lifetime of leadership, mentorship and service, and with deep gratitude for his and Barbara’s generosity to the Law School, the Dean’s Suite was renamed in their honor.
“Scott and Barbara stand as examples to all alumni of what it means to be involved in the life of the law school, to give back and shape it for the better,” said Dean Andrew Guzman.