David Aaron Goldstein, M.D., who co-founded the Pacific Center for Health Policy and Ethics in 1990 and served as its Co-Director, died on May 22, 2017, at his home, after a year-long illness, at the age of 71. A leader who contributed enormously to the development of medicine at the Keck School of Medicine and the university's private and public hospitals,Dr. Goldstein was a beloved physician, teacher, mentor, and colleague.

A graduate of Lafayette College in Pennsylvania and the State University of New York-Downstate Medical Center in Brooklyn, Dr. Goldstein came to the Los Angeles County + University of Southern California Medical Center in 1975 for a Nephrology Fellowship. For more than 40 years, Dr. Goldstein provided superb care to patients, played a leading role in USC's academic community, and was a leader in building clinical services for the Keck Medical Center, as the long-time Vice Chair for Clinical Affairs of the Department of Medicine. At the time of his medical leave in 2016, he was also Co-Chair of the Ethics Resource Committee of the Keck Hospital, Chief of the Division of Geriatric, Hospital, Palliative and General Internal Medicine, and Director of Primary Care for the Keck Medical Center of USC, an activity that involves faculty physicians from General Internal Medicine, Family Medicine, Pediatrics, Obstetrics/Gynecology and Geriatrics. He had previously served as Chair of the USC Institutional Biosafety Committee, and Chair of the Clinical Practice Committee of the USC Care Medical Group.

Besides his tireless devotion to his patients' welfare, Dr. Goldstein was an enthusiastic educator of medical students, both in the classroom and in the hospital. He served the medical school as Director of Undergraduate Medical Education (1982-86), Chair of the Medical Education and Curriculum Committee (1982-89), and Associate Dean for Curriculum (1984-89). As Co-Director of the Pacific Center, he spearheaded the creation of the HEAL (Humanities, Ethics/Economics, Arts and Law) Curriculum, which helps students not only to grapple with bioethics dilemmas at the bedside, within healthcare institutions, and in society at large but also to appreciate how the arts and humanities can make them better practitioners, more able to connect with, understand, and respond to their patients.

"David Goldstein was a consummate teacher," says Prof. Alex Capron, co-founder of the Pacific Center. "For many years, we taught medical ethics to third-year medical students during their Internal Medicine rotation, and I was always in awe of his skill. He inspired the students both to place their patients at the center of their practice and to recognize how often that goal is complicated by conflicting goals, interests, and views. His great respect for the students-listening carefully to them and pressing them to think clearly-provided them with a model for interacting with colleagues as well as with patients and their families."

In addition to the Pacific Center, Dr. Goldstein, who held the Flores Chair in Health Services Research, also recently established the Gehr Family Center for Implementation Science, with the mission to foster research into a wide variety of healthcare innovations.

About the Pacific Center

At a time when developments in medical technology are creating moral and ethical challenges in health care at an ever increasing rate, the Pacific Center for Health Policy and Ethics is addressing some of the most critical and complex bioethical issues facing our society. Among these are patients' control over dying, new reproductive technologies including surrogate motherhood, human gene therapy and use of presymptomatic genetic screening, equitable access to health care, and ethical issues in managed care.

The Pacific Center-created in 1991 jointly by the USC Law and the USC Keck School of Medicine-brings an interdisciplinary as well as inter-institutional perspective to the study of ethical problems and health policy development. Recognizing that important issues in health care and research require the broadest possible discussion, the Pacific Center brings together experts form a wide range of fields at USC with representatives from healthcare providers, consumer groups, government, insurers, and other ethics centers.

The Pacific Center's work is enhanced by its location at the University of Southern California. This urban institution has many connections to the multiethnic community of Los Angeles, including close association with several hospitals that serve both indigent and private patients. This combination of diverse populations and hospital settings offers the Pacific Center a unique opportunity to examine the health policy choices that Americans of all cultural backgrounds make or would like to make, given adequate resources. 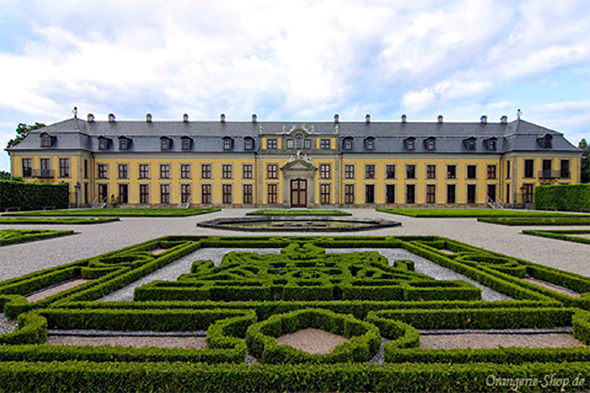 "Lost in the Maze? Navigating Evidence and Ethics in Translational Neuroscience"

Neuroscientists, ethicists, and policymakers are invited to attend international conference on February 14-16, 2018 at the Schloss Herrenhausen, Hanover, Germany

Clinical trials for novel intervention to combat a range of neurological diseases and injuries are critically needed. However, safely and ethically conducting such trials often proves daunting, for a range of reasons. Concerns about such matters as non-validated or irreproducible pre-clinical research results, researchers' needs to divide their time between their research and pursuing funding, and the inflated expectations produced by science hype all hinder efforts to conduct investigations responsibly.

This conference, organized by scientists and ethicists from the US and European universities and sponsored by the Volkswagen Foundation, has been specifically designed to explore these concerns and investigate strategies that can mitigate them. It will convene an international and interdisciplinary faculty to join with attendees in examination and discussion aimed at producing practical recommendations for facilitating safe and ethically responsible investigations of new modalities that might better serve the health needs of patients around the world.

Travel awards are available for students at all levels, as well as young investigators who have completed their terminal degree within the last five years. A full description of the program, the travel awards opportunity, and a registration link, can be found here.

August 2016 saw the inauguration of a new university-wide collaborative program to advances scholarship on important issues in global health, with an emphasis on their legal and human rights aspects. The group, supported by the USC Research Collaboration Fund, is led by Professor Sofia Gruskin, director of the USC Program on Global Health and Human Rights and professor in the Gould School of Law and the Preventive Medicine Department of the Keck School of Medicine, University Professor Alexander Capron, co-Director of the Pacific Center, and USC Research Professor Charles Kaplan, Associate Dean of Research at the School of Social Work.

The Law and Global Health group will meet from 12-1 pm on the second Tuesday of each month. The sessions will alternate between examining the common theme for the year from different disciplinary perspectives and focused discussions of other global health topics that could repay further examination the following year. The 2016-17 theme, "In Transition: Gender [Identity], Law & Global Health," will be introduced by law professor David Cruz at 12 noon in Room 130 at the Law School. Click for more information on the Law and Global Health Collaborative.

Students, faculty and staff welcome. Lunch will be provided. As part of the Medical Humanities, Arts, and Ethics Series, which engages core health issues in society today, we will present Two Men Talking, a storytelling event that looks at HIV/AIDS, homophobia, racism, and identity. Created by Academy Award—nominated filmmaker Murray Nossel and psychiatrist Paul Browde, Two Men Talking makes space for difficult and transformative stories to be told and heard. Nossel and Browde met as twelve-year-olds in South Africa and were estranged for years after a bullying episode. When they met again in New York many years later, they began trying to make sense of the incident that pushed them apart and of "growing up white, Jewish, gay, and privileged under apartheid." They have spent the last two decades mining their past for stories, and together founded Narativ Inc., a company whose mission is "a world connected through listening and telling personal stories."

Two Men Talking combines elements of theatre, therapy, and real life to emphasize the profound relationship between listening and telling. The captivating event illuminates how every interaction is a co-creation, and how our stories connect us all.

Reception in the Hoyt Gallery will follow the presentation. When We Have to Talk about Something Less Pleasant: Aging, Alzheimer's, and the End of Life
A Lecture by Cartoonist Roz Chast

Our aging population has raised many ethical dilemmas and policy choices for society. Those involving loss of memory and decisionmaking capacity are among the most personally difficult and legally complex. As part of the Medical Humanities, Arts, and Ethics Series, which engages core health issues in society today, cartoonist Roz Chast will share her story of coping with the loss of her parents and the everyday realities of Alzheimer's disease—a story she tells with courageous honesty in the gut-wrenching and darkly humorous graphic memoir Can't We Talk about Something More Pleasant? Chast's cartoons appear in major magazines including The New Yorker and Scientific American. Her memoir—which garnered an Eisner Award, the Kirkus Prize, and a National Book Award nomination—masterfully combines cartoons, text, and photographs to challenge readers' perceptions of death and dementia as well as their assumptions about what topics are appropriate for comics. Chast also highlights the roles of health professionals and caregivers at the end of life.

A reception in the Hoyt Gallery will follow the lecture.

Music and Medicine: Experiments and Explorations

How does music affect the human brain? Find out, and experience a wonderful demonstration of the power and beauty of music, on March 31st, when the Pacific Center joins with the Keck School of Medicine's Program in Medical Humanities, Arts, and Ethics, and the USC Levan Institute for Humanities and Ethics in presenting Music and Medicine: Experiments and Explorations, on the Health Sciences Campus.

The moderator for this multidisciplinary event will be Berislav Zlokovic, a classically trained tenor who is the director of the Zilkha Neurogenetic Institute and a leader in Alzheimer's disease research whom Thomson Reuters has listed among "the world's most influential scientific minds.," Participants will include Marcus Raichle, a world-renowned neurologist and university professor at Washington University in St. Louis; Alison Balbag, award-winning harpist and PhD candidate in the USC Davis School of Gerontology; and Christopher Snowdy, assistant professor of clinical psychiatry at USC. Also taking part will be concert pianist Zora Mihailovich and singers from LA Opera who participated in the "Music and Memories" program in which they performed for individuals affected by dementia. The event is part of USC's Visions and Voices: The Arts and Humanities Initiative program. Admission is free but reservations are requested. A reception will follow in the Hoyt Gallery. For more information, please visit the V&V website or contact the program at (213) 740-0483.

The Wounded Warrior: Outside the Wire's "Theater of War" Presents a Dramatic Reading of Scenes from Sophocles's Ajax

New York Times columnist Danielle Ofri, MD, will speak about "The Amyglada and the Stethoscope: How Emotions Affect the Practice of Medicine," a USC Visions and Voices lecture co-sponsored by the Pacific Center on September 22, 2014, at 11:30 a.m. In Mayer Auditorium on the USC Health Sciences Campus. Admission is free; reservations are requested (visionsandvoices.usc.edu). Book signing and refreshments will follow.

Judge explores evolving tech and its impact on the law.

Garry speaks before Appeals Chamber of the ICC.